Rana Salehi is a middle-aged woman and a deputy of one of the reputable banks of the country. On the birthday of her only child (Hoda), She faces a challenge on which makes her make different and strange decisions to get her rights.

A filming group is making a humanitarian film that has a message for humanity. They need a professional donkey to play in a few scenes. The budget and time limitations have made it difficult for them to find a professional donkey. Until the production group finds a donkey wandering in the woods.

Ali Qavitan, the independent director of the Iranian cinema, has decided to make a film about Sohrab Sepehri, a contemporary Iranian painter and poet, due to his apparent resemblance to him.

Saeed and Leili are informed that their spouses are in a coma after an accident. The day after, they come to know that Nasrin (Saeed’s Fiancé) and Kourosh (Leili’s husband) were in the same car when the accident happened. The doubts about the reason for the two people accompanying each other, start troubling the minds of Leili and Saeed.

Mohsen, Zinat’s eldest son, is studying for his MSc degree in electronics and computer in a university in Italy. Because of loneliness and years of separation from their children, Zinat and her husband convince their eldest son to return to Iran forever and marry the girl they have chosen for him. This film is the story of the wedding of Zinat’s son, which is held over six days in Salkh Village on Qeshm Island.

Full HD (1080), ST./60Mins, 16/9, Color 2018
Synopsis:Keeping pets such as dogs or cats in Iran is challenged by various religious and traditional beliefs, and municipalities collect and kill urban dogs in an organized way.
According to the Iranian laws, having a pet in the urban paths and places, and in the public or private vehicles is forbidden, and the perpetrator is sentenced to paying a fine and the confiscation of the pet.
However, many people keep various pets and some young couples prefer to keep a pet at home instead of having a baby.
Keeping pets has many reasons such as loving animals, loneliness, showing off, and a competition to display one’s social class.

4k,Dolby,scope 1:2:39,color,112mins,2018
Synopsis:Farhad, an unemployment law student who is busy with alcohol sales, decides to migrate to the United States. Farhad wins U.S. Green Card Lottery so travels to Turkey with his wife, Elham and Navid; his son, for the issued diversity visa.
During this trip, Farhad is informed of a mass alcohol poisoning during a party where he had provided their alcohol consumption for last time, it had led to death of some people, and the hospitalization of others in critical condition of blindness.
This news causes his mental confusion to have a sense of guilt. When Elham gets notified of the story, is shocked and starts going off on Farhad then she decides to return to Iran.
Rather, an unexpected incident destroys totally his life.

79mins /Sound: 1.5/Image: 4K/Genre: Family drama/ 2018
Synopsis:A middle-aged couple whose son is living abroad live a quiet lonely life. The old man has been trying for some time to convince his wife to go together to a rest home to have better care and attention. The woman is against the idea and says they can manage alone. In the end, their conditions and inability to do some things forces the wife to agree hopelessly. But fate forces them to continue life.

Email : This email address is being protected from spambots. You need JavaScript enabled to view it.

This email address is being protected from spambots. You need JavaScript enabled to view it. 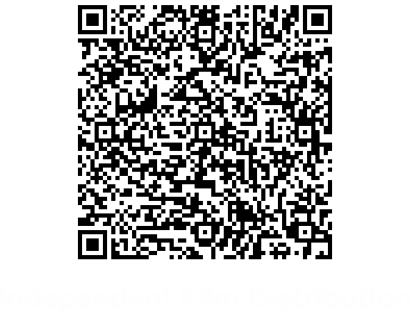