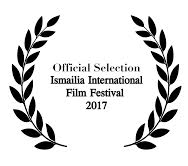 It was necessary for Mohsen Eslamzadeh, the Iranian filmmaker to make some journeys to Afghanistan, in order to get permission for filming in Taliban's areas, that it was impossible for other filmmakers in the last decade, at least.
The documentary "Alone among the Taliban" is trying to transfer a direct narration to the viewers. The filmmaker goes to everywhere that is possible, from jail to courts of Islamic state, to have interviews with local authorities and the members of the Fatwa council. Although Eslamzadeh asked Taliban to have a visit with one of their big authorities, but...

Mohsen Eslamzadeh the Iranian documentarist was born in 1980. He has lot of activities around art issues during more than 12 years. Eslamzadeh started documentary filmmaking in Sistan and Baluchestan of Iran and he could direct documentaries in Afghanistan, Pakistan, Libya, Syria, Iraq, Lebanon and Venezuela. His distinguished documentaries are "The Sunnies of Iran", "Mothers of the Revolution", "Mysteries of Abu-Salim Prison", "In the name of Liberty" and "Looking for Peace". He participated in few film festivals such as: "Fajr", "Cinema Verity" and "Rooyesh" in Iran, "Aljazeera" in Qatar and "Human Rights" in Spain and he awarded in some of them. In 2015 Eslamzadeh injured during documenting a film about Takrit in Iraq; but he came back to directing after a while. "Alone among the Taliban" is the last film of Eslamzadeh, that it was a unique experience as he could attend among the Taliban of Afghanistan .